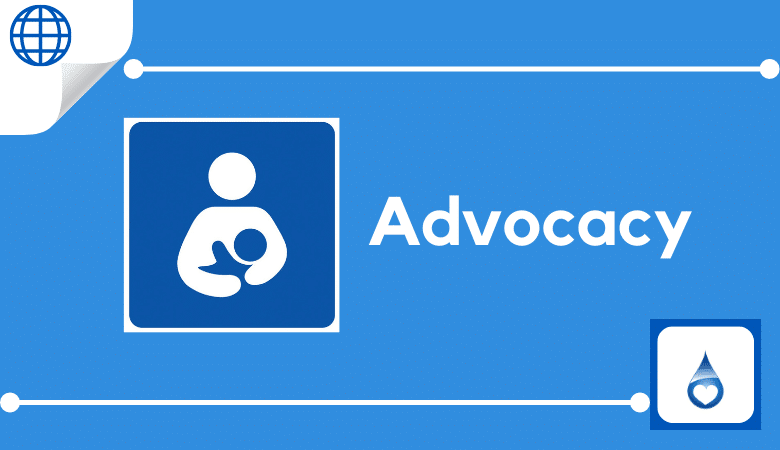 This essay on the WHO Code is the first installment in a series on breastfeeding advocacy.

What better place to begin than celebrating the 40th anniversary of the International Code of Marketing of Breast Milk Substitutes?

What is the WHO Code?

According to UNICEF UK, the Code “is an international health policy framework to regulate the marketing of breastmilk substitutes in order to protect breastfeeding. It . . . is an internationally agreed voluntary code of practice.”

The foundation for the Code is “that the usual rules governing market competition and advertising should not apply to products intended for feeding babies. . . . Governments should legislate to prevent commercial interests from damaging breastfeeding rates and the health of their population.”

Since the World Health Organization (WHO) first published the Code in 1981, the US has engaged in ongoing efforts to weaken the Code and its subsequent resolutions, to prevent interference with the formula company business practices that the Code was designed to address. This leaves US breastfeeding families and advocates without government support for ethical marketing standards.

How did the Code come to be?

The Code was the outcome of a well-organized, widespread, and sustained international boycott of Nestlé products from 1977-1984, protesting the unethical and deceptive marketing practices used to promote infant formula, particularly in low-income countries. These practices resulted in dramatic increases in maternal and infant morbidity and mortality. After several years of reduced global sales and negative publicity for Nestlé, the largest formula company with the most egregious practices, the World Health Organization brought stakeholders together to craft a voluntary code of ethical marketing of breastmilk substitutes.

In 1981, 93 countries signed onto the Code. Since then, 136 (70%) of UN member countries have legislated at least some Code provisions. While gaps remain, the success of the Nestlé boycott and the Code are a model of global advocacy.

What does the Code say?

Broadly, the Code addresses government and corporate responsibilities for protection of breastfeeding. Governments must:

Whether we are advocating for our child, a client/patient, a community, a nation, or the world, advocacy is not “one and done.” It is a process that requires ongoing attention and vigilance. After a four-year boycott, the Code was voted by the World Health Assembly of the UN. It is reviewed and updated regularly. Advocates have spent countless hours lobbying for the Code in their countries, and then working to strengthen the laws and ensure that they are implemented. Every two years, UNICEF publishes an update of WHO Code implementation. Forty years later, there is still work to be done.

The Code and Advocacy

It is hard to imagine now how radical the boycott and the Code were, holding global corporations accountable for the impact of their practices on vulnerable customers.

The Nestlé boycott was a powerful and sustained work of advocacy that led to the creation of the WHO Code, itself an advocacy tool for countries, NGOs, and others to use in advocating for babies, mothers, and families. The effects have rippled, inspiring new organizations, ideas, programs, and collaborations across the world.

The boycott and the Code also ripple beyond breastfeeding. They have become models and case studies in business, social policy, and advocacy, inspiring actions against pharmaceutical and tobacco companies, and broad ethical discussion of corporate responsibility.

Advocacy requires patience, strategy, and sustained effort. The results can be powerful and reach well beyond the originators’ plans or imagining.

Thank you for joining us on our exploration of advocacy in its many forms.

Naomi Bar-Yam, PhD, ACSW, Founder and Director Emerita of Mothers’ Milk Bank Northeast, is available to speak at hospitals, community organizations, and conferences on prematurity, the role of families on the NICU team, milk banking, public policy, and many other topics. Visit her speaker profile on LactSpeak.