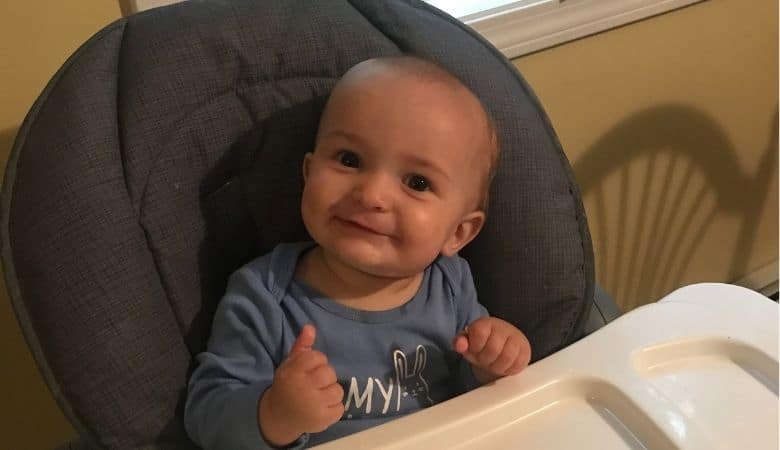 Donna and her husband Scott have four children. She wanted to breastfeed them, but struggled each time to produce milk. “My goal was to breastfeed exclusively, but I never was able to do that with most of my children past a couple of months exclusively.” Still, she did as much as she could. “I enjoyed it and I knew it was giving them great benefits.”

Her third pregnancy was difficult, and afterwards she was diagnosed with multiple medical conditions, among them Ehlers-Danlos syndrome, a disorder that affects connective tissue throughout the body.  “I went my whole life not knowing there was anything the matter with me,” Donna says. The disorder manifests itself in different ways, and Donna discovered she did not have much breast tissue. Following her diagnosis, she experienced six miscarriages and losses.

A happy but challenging pregnancy 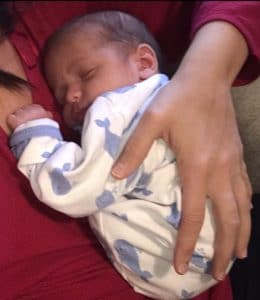 Her pregnancy with baby Jacob came as a happy surprise. Donna knew she wanted to breastfeed the new baby, and was concerned she might run into problems. It turned out her older three children had Ehlers-Danlos syndrome as well, and she didn’t know what to expect with the new baby. The syndrome can cause gastrointestinal symptoms, which may be why her daughter Kendall experienced severe reflux and heartburn, and did best on her mom’s own milk.

The pregnancy was difficult physically, but she took it easy and navigated it with the help of her family. Jacob arrived a couple of weeks early because of the condition of Donna’s pelvis. He was small but healthy, and he latched on right away.  Donna made sure she saw lactation consultants in the hospital and at home and procured a hospital-grade pump. “I was going to make this work,” she said with determination. 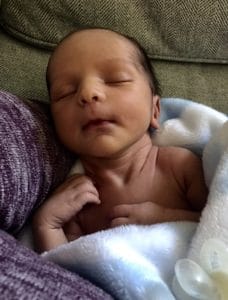 Within the first two weeks, however, Jacob started to lose weight and developed jaundice. His healthcare providers advised Donna to supplement with formula. Jacob was unable to tolerate it; no matter what kind she tried, he could not keep it down. Donna was pumping as much as she could, but was only producing an ounce a day. When Jacob was born, he weighed six pounds, seven ounces. By eight weeks old he had dropped to just five pounds.

Desperately, she searched the internet for answers. She wanted a safe and trusted source of milk for her baby. She stumbled upon milk banks, and called one in Texas. That milk bank referred her to the HMBANA-accredited nonprofit milk bank closest to her, which was Mothers’ Milk Bank Northeast.

Like nonprofit hospitals and colleges, nonprofit milk banks must charge fees for their services in order to cover the stringent screening and testing, and the overhead required to operate a state-of-the-art lab.  When babies receive milk in the hospital, the hospital will cover the cost. With outpatients, parents cover the cost. Donna had no idea how she would afford it.

She contacted her insurance company to find out if they covered donor milk. The representative had never heard of it, and suggested she check her pharmacy benefits. They too said no.

With nowhere else to turn, she reached out directly to the milk bank. “I contacted Mothers’ Milk Bank Northeast, who responded with a wealth of information for me. Everyone there has been amazing, amazing to me and my family, and I can’t thank you guys enough, because I was lost, I really was lost,” said Donna. “And Naomi said to me, ‘It doesn’t matter. We’re going to feed your baby . . . Don’t you worry, the money doesn’t matter, go through and try to get the insurance coverage, but we’re going to feed your baby in the meantime and we are going to make it work.’ And so we did.” 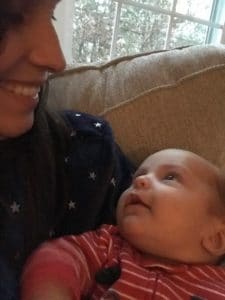 “We received the milk from Mothers’ Milk Bank Northeast, and he was doing great. He was finally able to eat something other than my breast milk, which I wasn’t producing much anymore,” said Donna. “He was finally able to eat without vomiting everything up. And he was starting to sleep. He hadn’t been sleeping more than an hour or an hour and a half at a time. So it was a miracle. It really was, because I was at my breaking point with sleep deprivation.”

Meanwhile, Donna looked on line and learned about oral enteral food products—specialized liquid nutrition delivered to a patient’s gastrointestinal tract for a variety of medical reasons. She decided to try submitting a claim in that category, and found the appropriate forms on the Blue Cross Blue Shield website. Their family physician, Dr. Mark Turshen of Direct Doctors, supported her 100% and provided the medical documentation required. They submitted the claim, and heard nothing. 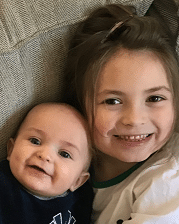 After 3 months of donor milk

Jacob continued to receive milk through the milk bank’s Special Assistance Program, which provides subsidized milk to families in cases of medical and financial need. The milk bank relies on financial donations to support the program, and funds are limited. Babies grow and change rapidly, and over time most of them outgrow the need for donor milk and start to tolerate other foods. Because of this, each Special Assistance case is re-evaluated by the milk bank’s medical advisors on a monthly basis. This helps ensure that many families can receive support.

In March, Jacob’s case came up for re-evaluation. Donna still was unable to find other foods he could tolerate. She pushed Blue Cross Blue Shield again, calling multiple times. Just when she was giving up hope, a representative told her, “Your form was approved. You’re approved back to November, when you first applied.” Her claim was covered 80% under the oral and enteral food products portion of the medical equipment policy. Jacob was able to continue to receive donor milk until after his first birthday, at which point he weighed over 18 pounds and finally could eat a limited range of other foods. He still had some gastrointestinal problems, but was proving to be strong, active, healthy, and smart. 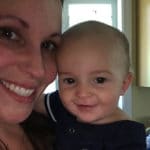 Donna shared her advice to other families: “Keep going after the insurance companies . . .  Be persistent with insurance companies. It is so important, because the first person you talk to may not understand all the programs and departments they have there.” 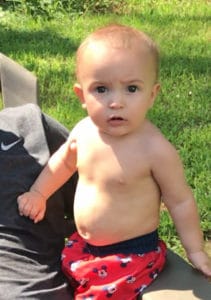 She also shared her gratitude for all the milk donors who selflessly share their milk, “It makes a huge difference. I never realized there were so many selfless moms out there, in probably one of their most exhausting times, thinking of other people, and doing this. It’s a labor of love, it truly is, to pump. I know what it takes. It’s amazing the women that are donating. It gives me chills; it really does.”

Donna thought back to when she first contacted the milk bank. “My son was on the brink of having to go to the hospital. . . . Honestly, the milk came just in time. and it turned him around; you can almost see it in the pictures . . . It truly was a miracle and such a blessing to have that help. And not only that, I was always treated so kindly, and everyone was so helpful and understanding and it was an exhausting time. Everyone at Mothers’ Milk Bank Northeast has been wonderful.“

It has made a world of difference.” 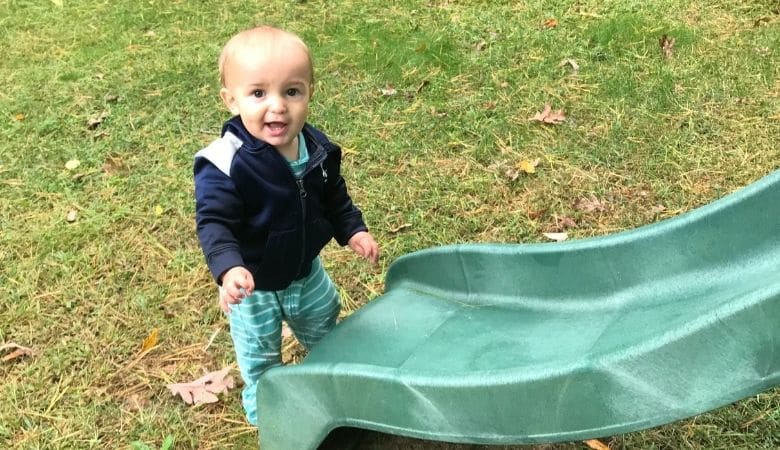