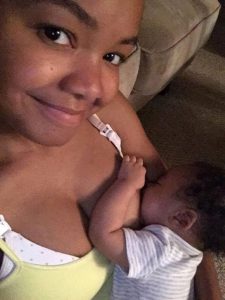 When I had my daughter in 2009, breastfeeding didn’t go as planned. I had an emergency c-section and some trauma that resulted in her being bottle fed formula before I ever had the chance to put her to my breast. The first moment I could, when she was one day old, we discovered that she couldn’t latch, due to me having flat nipples. The lactation consultant ordered a nipple shield for me and that took two days to receive. Not only was I waiting on the tools I needed to embark on my breastfeeding journey, add to this the fact that my milk still hadn’t come in (and didn’t until day five) and I already felt defeated. By the time my little girl was a week old, breastfeeding was such a struggle. She was fussy and refusing to latch, even with the shield because, up until this point, she had been solely bottle fed. I wasn’t pumping enough to feed her, so she continued to drink formula every day, despite the fact that I longed to breastfeed her. I wasn’t around anyone breastfeeding. I had never been exposed to it. I didn’t have much support and returning to work six weeks postpartum without having adequate pumping facilities and breaks didn’t help. I still held on. I pumped enough for a couple bottles a day of breastmilk. That soon became a couple bottles a week. I tried everything and held on to the hopes that things would turn around for nine weeks. They never did. I gave up.

When I had my son in May of this year, I had a plan already in play. “If anything goes wrong with my c-section, don’t let them give him a bottle. I want to exclusively breastfeed.” Little did I know, Melrose-Wakefield wouldn’t have done that anyway, since they are certified Baby-Friendly. They were very pro-breastfeeding and receptive to all of my needs and concerns from the start. Lucky for us, this time around, I had no latch issues. Ian was doing great! This was such good news to me. I was doing it—I was breastfeeding my son! On day two, I started to get nervous. I wasn’t able to hand express or pump much colostrum. That night when he was weighed, I was told that he had lost over 7% of his birth weight. “What did this mean?” I asked more than a few times. It meant that if he lost 10% and didn’t start gaining, I would need to supplement. I hated that word “supplement” because I misunderstood it. I cried because I thought it meant formula and I came into this birth with my plan. I wanted to exclusively breastfeed. The next night, he was over 10% weight loss. I cried again. My plan wasn’t working and my body was failing me at feeding my baby, yet again. One of my night nurses asked me why I was so upset at having to supplement Ian to help him gain weight. I told her I didn’t want to give formula—that it wasn’t in my plan. She reminded me that I had the option of donor milk. I had forgotten all about that from the breastfeeding folder I was given when I first arrived on the maternity floor. I was hesitant at first. I wondered how safe another mother’s milk was for my son. She assured me that it was screened and perfectly safe for him. I said I would think about it. After nursing him again and hearing his poor cries because he was unsatisfied and hungry, I finally asked if I could have some. The special care nursery prepared the milk and it was delivered to my room within the hour. My hungry baby was fed—and it was breastmilk!

This moment…the choice to have pasteurized human donor milk in place of formula saved my breastfeeding relationship. Had I not been given the choice, who knows what would have happened? I could have chosen formula and felt like I didn’t succeed at my goal, yet again. I could have chosen to do a combination of formula and breastmilk. Instead, I ended up here. My milk came in on day three, which is also the day we left the hospital. I left empowered, knowing that I had stuck to my plan from the very beginning. I was determined to try and continue to nurse my baby, despite potential obstacles. Since the birth of my daughter, I had had breast surgery and wasn’t sure if I’d physically be able to breastfeed exclusively. I was unsure if my milk ducts had been protected in the process. In my favor, instead of returning to work six weeks postpartum, I now had the option to stay home for his first year, which would allow me to devote much more time to working on my supply and breastfeeding on demand. I am proud to say that Ian is now fifteen weeks old, has been EBF, and has more than doubled his birth weight! Breastfeeding has been one of the most tiring and challenging, yet most amazing and rewarding things I have ever done in my life. Many mothers choose formula and have beautiful, healthy, happy babies, and that is perfectly fine, but I had a plan, and I chose breastmilk. I am so thankful for Mothers’ Milk Bank Northeast for allowing it to be my choice from the very start and even more thankful to all of the mothers’ selfless donations that made it possible. 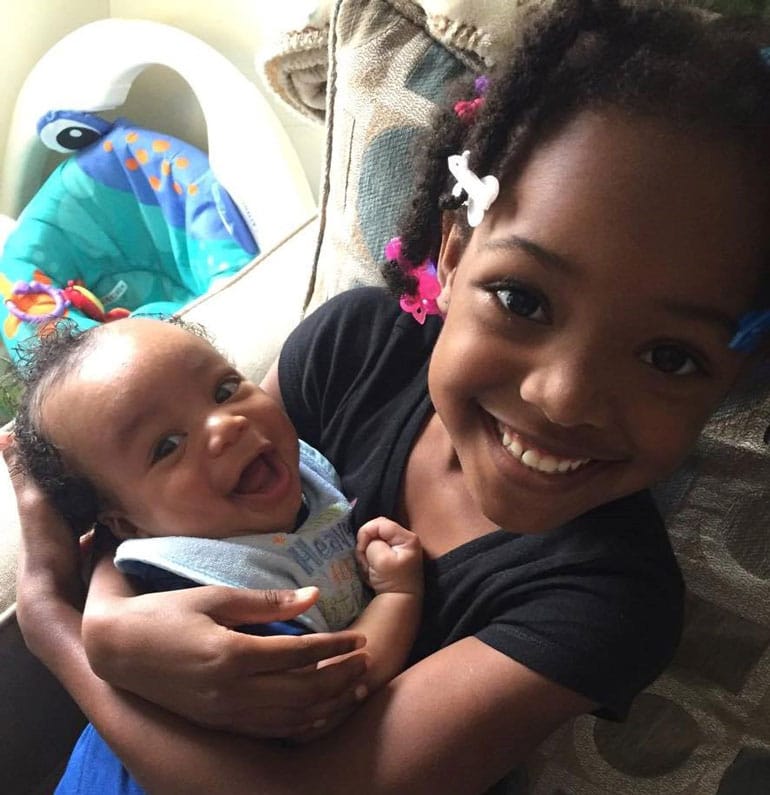