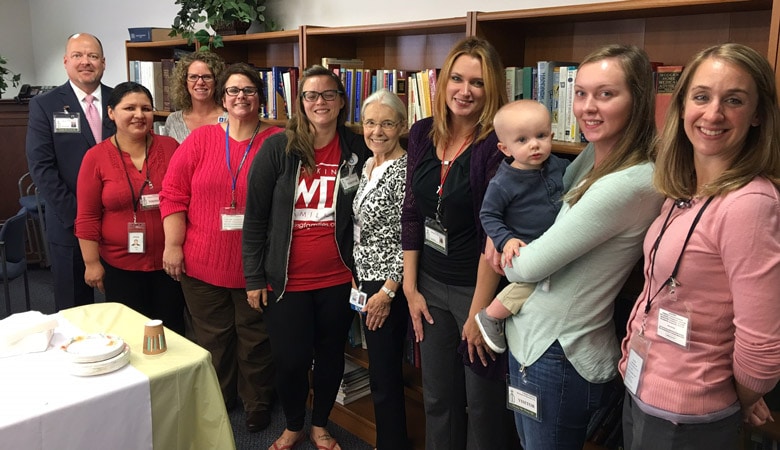 Two new Connecticut donor milk depots opened in a grand celebration on October 12. Operated by Catholic Charities, Diocese of Norwich, they bring our total depots to 16 in seven states, with four in Connecticut alone. The opening event took place at the Norwich branch of Catholic Charities, with a second location opening simultaneously in New London.

The event marked the culmination of over a year of collaborative community planning, and a large crowd gathered to celebrate. Parents, children, WIC counselors, medical professionals, lactation consultants, doulas, community health workers, reporters, and photographers cheered as the ribbon and cake were cut.

Milk donor Jamie McCann held baby Hayes as she inaugurated the depot by handing over 120 ounces of milk to Anissa Mrowka, Pregnancy Educator and depot manager for Catholic Charities. As Jamie said, “Donating milk is such a rewarding experience knowing I am helping babies in need. This new milk depot is creating the opportunity to reach more moms, which means helping more babies!” The gathered crowd was thrilled to learn that Jamie’s donation alone could provide up to 360 preemie meals.

Edward Tessman, Executive Director of Catholic Charities, spoke passionately about how these depots further his agency’s mission to “provide help and create hope” in the Eastern Connecticut region by giving nursing mothers an opportunity to provide lifesaving milk to fragile babies.

Catholic Charities fulfilled three of the grant’s initiatives: to certify a staff member as a lactation counselor; to become a breastfeeding-friendly worksite at all four of its sites; and to open two human milk depots. Other community partners fulfilled additional grant initiatives.

Congratulations to all of these agencies and individuals for their extraordinary collaboration and commitment to improving their region’s health, starting with the most fragile babies who will be served by these new milk depots.

Check out the press coverage of the depot opening: 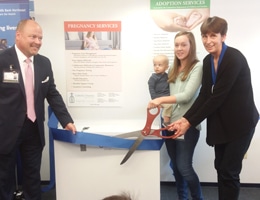 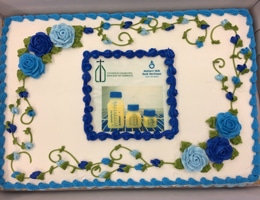 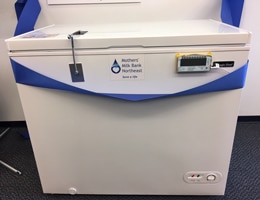