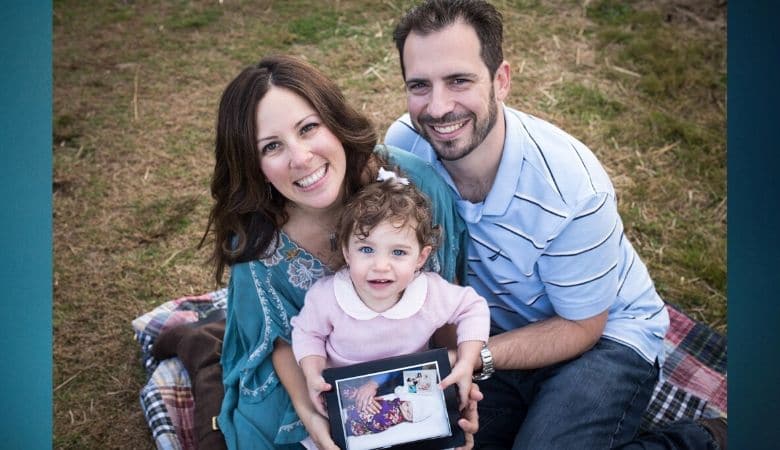 Gina Healy tells her story of donating after loss, and helping babies in honor of her daughter Hannah.

When I was pregnant with my first daughter Angelina in 2017, I began learning as much as I could about breastfeeding and becoming a mom. I joined the local La Leche League group and utilized other local resources. Breastfeeding Angelina was a challenge. Her tongue tie went undiagnosed until she was six months old. I barely produced for a pump, so I had to hand express and did not have a large freezer stash. I also endured the extra stress of being bullied and denied the right to pump at work. Angelina loved breastfeeding and nursed until she was 18 months old.

Preparing for a positive birth

In 2019 I became pregnant with Hannah. My pregnancy was healthy and uneventful. I was hoping to tandem nurse the two girls, but my milk dried up during my pregnancy. I was still looking forward to and planning out my breastfeeding relationship with Hannah. The negative experience I had during Angelina’s birth empowered me to take control of my birth with Hannah. I switched from an obstetrician to a midwifery group, and chose to give birth at a hospital-based birth center at Yale St. Raphael. I hired a doula and planned a natural birth, as well as practiced HypnoBirthing®, and listened to hundreds of birth stories.

On July 31 I went to my routine 37-week appointment, where they could not find the baby’s heartbeat. This was such a shock; I never expected a perfectly healthy pregnancy to end this way. I thought I would be bringing my baby home soon. I went over to the hospital to start induction, which brought back negative memories from my birth with Angelina. I was so grateful for my healthcare team, especially my amazing doula, Dorie. I was able to have the beautiful, natural birth I planned for, despite the outcome and the silence in the delivery room.

Hannah was born 56 hours later, on Aug 2 at 7:44 pm. She weighed 5 pounds, 5 ounces, and was 19 inches long. Hannah was beautiful! She looked like her sister Angelina, but with darker, kinkier hair. We bathed her, held her, and spent time with her. My doula arranged for photographer Victoria Brown to come take pictures with her. Our mothers came to hold her, too.

Grieving the loss of a breastfeeding relationship

As I was in labor, I was trying to figure out how I was going to meet my daughter, who had already gone to heaven. My heart was so broken, and I also began to grieve the loss of our breastfeeding relationship. This is when I talked to my doula about the possibility of donating my milk. She was supportive of this, but all the doctors and nurses I spoke with encouraged me to dry up my milk. I went online to research bereavement pumping and all the information was about drying up milk. I felt lost and with limited resources.

Once I arrived home, I reached out to my dear friend who is also the local La Leche League Leader. She contacted the milk bank and obtained information for me since I was still in shock over the death of Hannah, as well as planning her services, and dealing with the pain of my milk coming. I also reached out to my amazing lactation consultant, Patrice Jones, who had helped me in the past with Angelina. She immediately came to my house and helped me come up with a plan to troubleshoot my pumping issues. After trying several pumps and flanges we decided that my body does not produce well for a pump. This is when I began to hand express every drop of breast milk in memory of Hannah. To many this seemed like a painful action, but this was an important part and the beginning of my healing journey.

I hand expressed over 100 ounces of breast milk. I stored it in my freezer, but as time went on, I had a difficult time parting with it, as I felt it was my last link to Hannah. When I reached the point where Hannah would have been six months old, I felt the urge to help another baby in Hannah’s honor. I was looking for a very special baby to donate this milk to, but mother-to-mother donation was unsuccessful.

This is when I reached back out to the milk bank and started my donation process. They explained the process and even said I could request my milk to go to hospitals in Connecticut. I started to feel good about it and knew the timing was right. I felt so much pride knowing I was helping babies with Hannah’s milk. The whole process was stress-free, but it was still sad and heartbreaking to sort through and pack up her milk. My doula had a beautiful necklace made for me that contained a pearl of breast milk from both Hannah and Angelina. I have a little breast milk left to make another keepsake. I wish Hannah were here today, but I am so glad I made the decision to express milk in honor of her, which can now be passed on to help other babies. 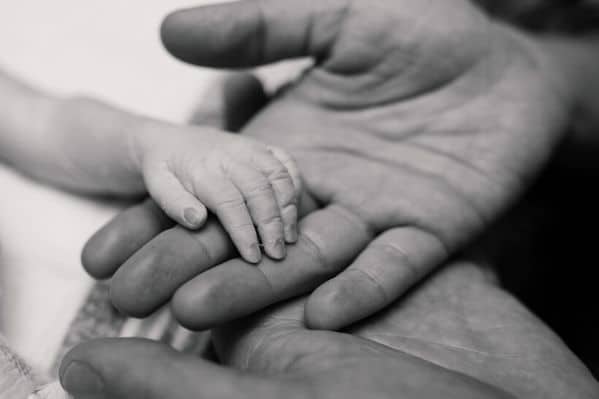