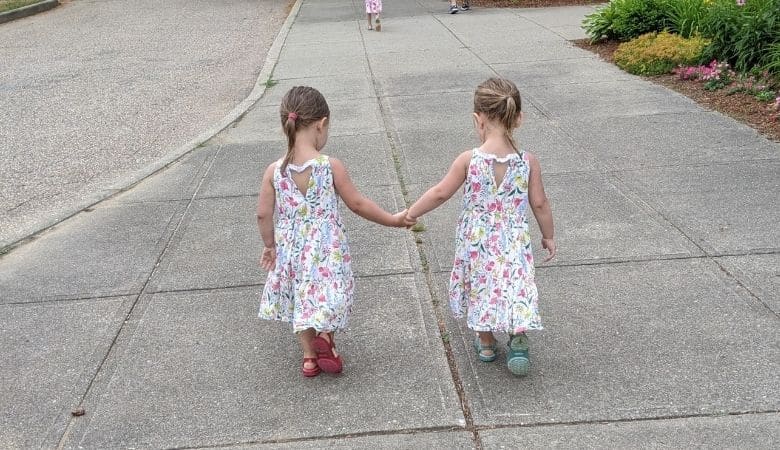 Family physician Jessica Faraci tells her story of receiving milk for her twins and later donating back. Read more of her work at Pulse—voices from the heart of medicine.

Breast is best. Fed is best. Anyone who has struggled with breastfeeding reacts to these words on a deeply emotional level. These public health campaigns have done a lot of good, in dramatically increasing the breastfeeding rates in the world while recognizing the limitations of the ability to exclusively breastfeed. But they also carry with them a lot of stigma and shame. How do you feed your child? Breast, or bottle? If the bottle, why not the breast? And always the undertone, the pressure, and Mom guilt—how can you not do what’s best for your child?

I thought, as a family medicine physician, I would somehow be immune to these struggles. I had read the literature, understood the reasons for breastfeeding failure and when formula supplementation was medically and psychologically indicated, and even given a grand rounds on breastfeeding. But knowledge and experience are two very different things. 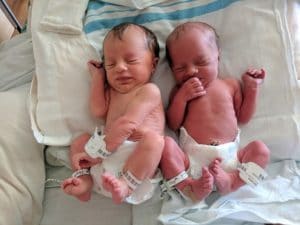 I still have very clear and visceral memories of rocking my screaming firstborn, desperately breastfeeding and pumping on an hourly basis, and watching her grow more jaundiced as I was unable to provide enough milk for my own child. The day I first gave her a bottle of formula I felt like I was not worthy of being a mother, and I wept.

So naturally, when I learned I was pregnant with twins, one of my first fears was providing enough milk for them, especially if they were premature. And sure enough, due to medical complications, they were delivered early at 35 weeks. Breastfeeding can be hard even under the best of circumstances, but twin premature newborns makes it exceptionally difficult. Despite immediate and frequent breastfeeding, with my crazy self-imposed schedule of pumping after every breastfeed, my low milk supply issues from my first baby happened again as I had feared.

Receiving milk in the NICU 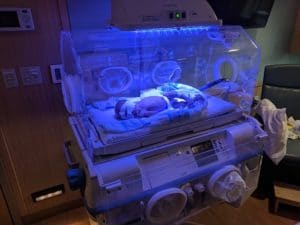 At this point I had emotionally come to terms with the “fed is best” mantra, and was willing to accept the advice from others that there is no shame in not being able to make enough milk and supplementing with formula when needed. But I also knew, as a physician, that premature infants are vulnerable and that the many benefits of breastfeeding are especially important in those first few crucial weeks. Human milk can literally save lives as compared to formula in premature infants, especially when preventing cases of serious illness like necrotizing enterocolitis, sepsis, or retinopathy of prematurity. So when I couldn’t make enough milk, I wept for a second time.

Lucky for me, however, our hospital had recently joined the donor milk program, a new initiative that had started since I had my first child. These programs where they provided pasteurized human milk from donors were becoming routine in NICUs around the country, and the programs were now being expanded to all infants on my floor. When the nurse told me that my tiny little girls could receive human donor milk, my weeping turned into tears of joy. I knew my twins could receive the benefits of human milk, even when I couldn’t produce enough.

Giving back through milk donation 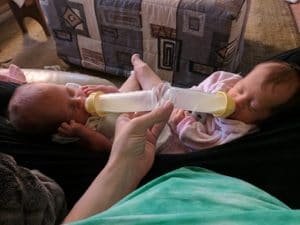 It was through the generosity of donors that my premature twin infants were able to grow and thrive, and reduce the risk of serious illness in those crucial first weeks. Due to their prematurity I went home with a prescription for donor milk that bridged us a few weeks until I could make enough on my own. Every time we thawed a bag and fed it to our little girls, I felt a deep sense of gratitude for the donors who spent their time and energy providing extra milk for strangers.

So a few years later, when I had an oversupply for my fourth child, it was important to me to give back to the community that helped our family so much. All it took was a phone call, a quick blood draw from my doctor’s office, and I was approved as a milk donor. I feel that same deep sense of gratitude now when I place my bags of milk carefully into the insulated box that is mailed straight to my home, and when I hand the box off to the shipping company that picks it up on my doorstep. Giving back has never been so easy. But more importantly, I know that other struggling families can now feed their infants, even if they can’t make enough. Because breast is best, and fed is best.