In an event dubbed “Empty the Tank for the Milk Bank,” our Bikers for Babies delivered 1,775 ounces of milk to the milk bank from our depot at ProHealth Physicians – Glastonbury Pediatric and Adolescent Medicine. Dr. Benito Alvarez, an obstetrician and CEO of ProHealth Physicians, joined seven members of the all-women’s Moving Violations Motorcycle Club in this August 27 ride celebrating National Breastfeeding Month.

Eight Connecticut milk donors contributed the milk, which arrived in eight large cooler boxes on the back of the motorcycles. Several of the donors and their children were on hand at the Glastonbury depot to watch the staff pack up milk and see the bikers off on their journey.

In addition to celebrating National Breastfeeding Month, the ride commemorated the bikers’ rescue of over 1,000 ounces of milk a year ago, during World Breastfeeding Week 2020, when Tropical Storm Isaias knocked out power to the milk depot, and much of Connecticut.

Typically the journey from Glastonbury to Newton takes an hour and half, but on this Friday the bikers endured a lengthy traffic jam in the 90-degree heat. They rode into the milk bank lot around 3:30 pm to loud cheers from staff, who had plenty of cold water and refreshments ready for the dedicated riders.

It was the final ride with this motorcycle club for Daryll Drew, the founding volunteer coordinator of Bikers for Babies. The milk bank staff honored Daryll with a special citation for her contributions—the “Motorcycle Miracle Worker” award—as well as signs and homemade cookies bearing messages of thanks. Daryll is moving to Florida; the milk bank staff here has promised to connect her with Mothers’ Milk Bank of Florida, in case they want to start their own bikers program! 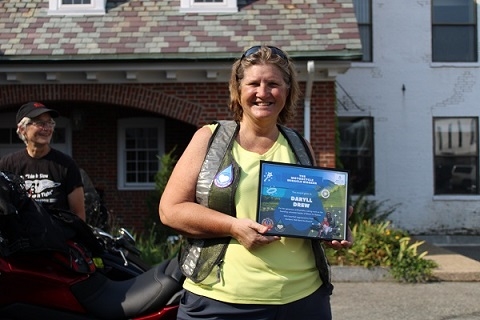 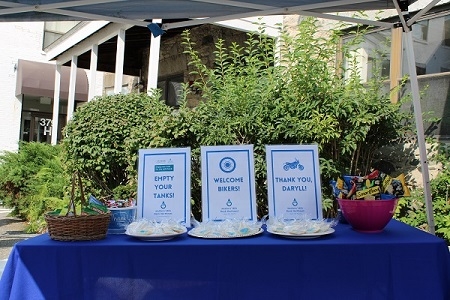 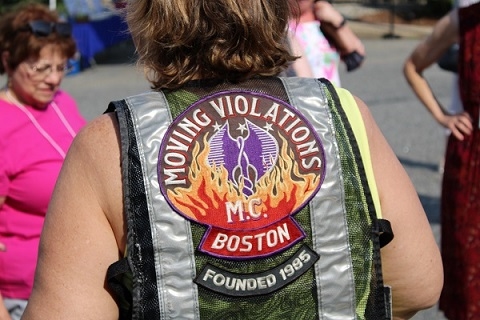 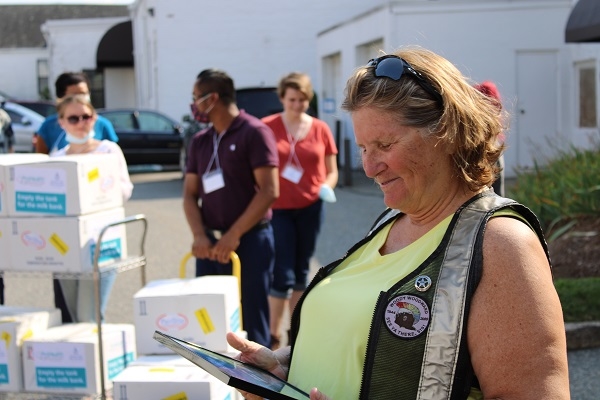 Biker Jessoe, who has taken over the volunteer coordinator position from Daryll, told WTNH News 8, “We like to take on causes that benefit women and children and the community at large. . . .  It’s not just riding. So we’re helping other people and it gives us a good feeling as well.” Bikers deliver milk from milk donors to the milk bank an average of several times each week.

On this ride, Daryll, Jessoe, and Dr. Alvarez were joined by bikers A.J. Guerrero, Marjorie Charney, Peg Preble, Mackenzie Gray, and Boe Morgan. During the event, another Moving Violations member arrived by car with an additional 1,175 ounces of milk from Longmeadow, MA, adding to the festivities. 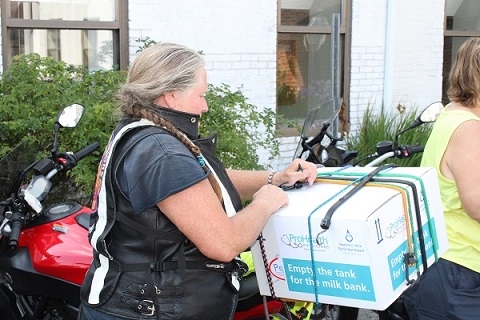 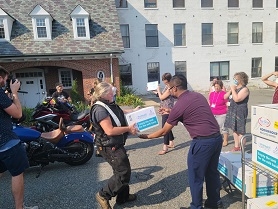 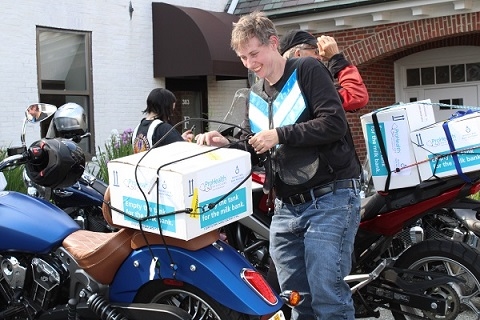 Over a dozen media outlets covered the event, including these:

The depot in Glastonbury, managed by Susan Parker, APRN, IBCLC, opened on February 29, 2020, in a grand opening celebration that was the milk bank’s last public event before the pandemic. In the past year, this depot has collected over 9,000 ounces from 16 milk donors. Every ounce of milk may provide up to three meals for premature babies.

We are grateful for the important roles this depot and the bikers play in raising awareness of milk donation as they “empty the tank for the milk bank” and the fragile babies we serve.