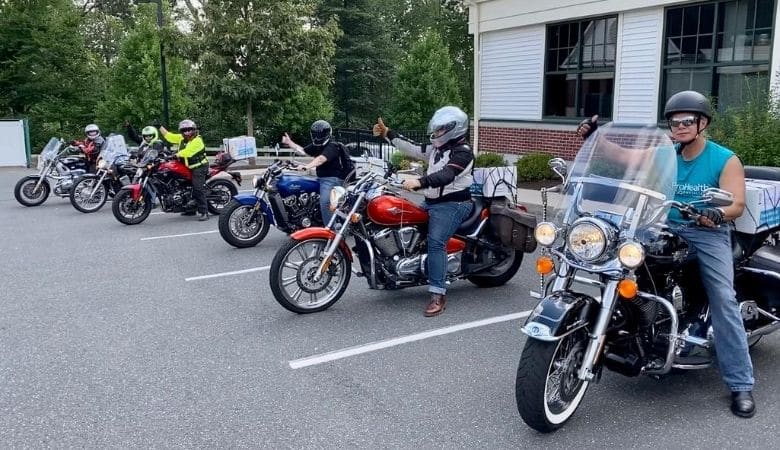 Bikers to the rescue! What began as a World Breastfeeding Week event to raise awareness of milk donation turned into a rescue mission in the aftermath of Tropical Storm Isaias. Bikers from the Moving Violations Motorcycle Club, who volunteer to deliver milk for Mothers’ Milk Bank Northeast, transported about 1,000 ounces of donated breast milk from Connecticut to Massachusetts when the milk depot at ProHealth Physicians – Glastonbury Pediatric and Adolescent Medicine lost power. ProHealth Physicians CEO Dr. Benito Alvarez hopped on his Harley to join the rescue mission. 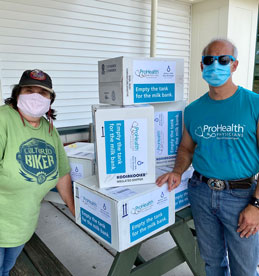 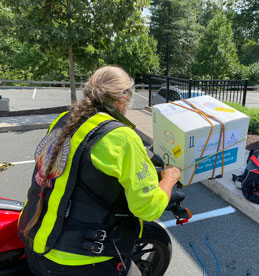 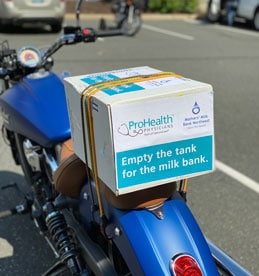 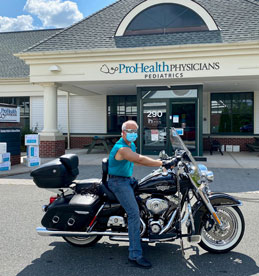 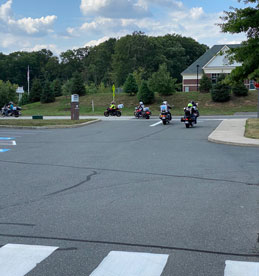 The Glastonbury milk depot opened in an exciting ribbon-cutting event on February 29, with multiple milk donors dropping off milk and sharing their stories. During the pandemic shutdown that followed shortly thereafter, the depot has remained open, accepting curbside pickup of milk from screened milk donors, then shipping the milk to Mothers’ Milk Bank Northeast. At the opening event, milk bank staff learned that Dr. Alvarez, an obstetrician who spoke eloquently about the importance of human milk for premature babies, was also a biker. On the spot staff members from the milk bank and the pediatric practice resolved to pair him up with the milk bank’s Bikers for Babies.

The Moving Violations Motorcycle Club launched the Bikers for Babies program in 2018 at a festive event at the milk bank covered by WGBH radio and TV. The women of the club have big hearts, volunteering their time, talents, and bike rides for many charities.

As World Breastfeeding Week approached, the pediatric practice staff contacted the milk bank to follow up on the success of the February depot opening and plan for a biker event to raise awareness of milk donation. The date was set for Friday, August 7. Dr. Alvarez was going to join bikers Kristine Grimes, Boe Morgan, Judy Thrasher, AJ Guerrero, and MacKenzie Gray to transport milk from Connecticut to Massachusetts.

Then disaster struck. Tropical Storm Isaias took out power throughout Connecticut, including at the pediatric practice. The milk of three generous milk donors—about 1,000 ounces—was at risk of thawing. Every ounce provides up to three meals for a premature baby, so the depot staff was desperate to save this “liquid gold.”

We have about 950 ounces of breast milk that’s been in the freezers and we have no power, so these bikers are literally saving the breast milk that has been donated for preterm babies.”

The Bikers for Babies arrived at the depot Friday afternoon, joined forces with Dr. Alvarez, and packed all the boxed milk onto their bikes. They left Glastonbury to cheers around 3:30 and arrived at the milk bank in Newton to more cheers around 5:30. The bikers carried the coolers of milk inside, where milk bank staff checked it in and stored it safely in the freezer. 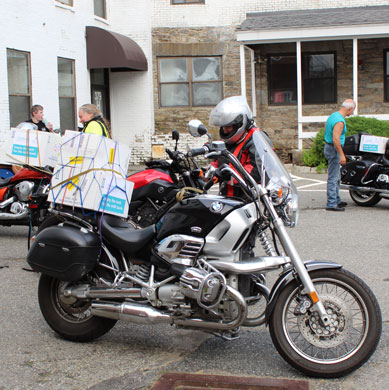 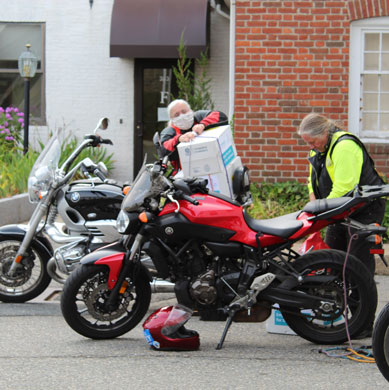 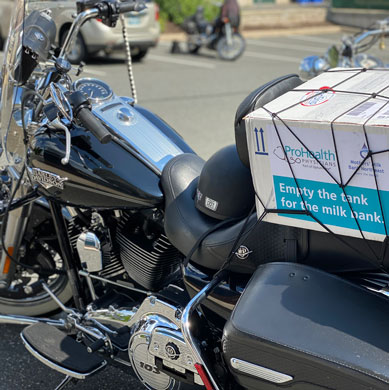 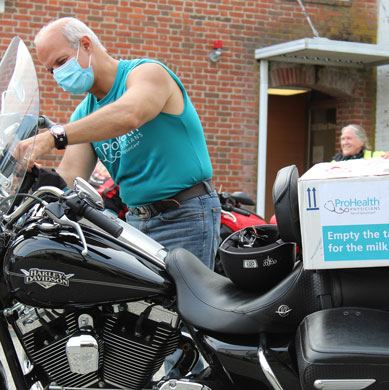 Media coverage of the event was widespread and enthusiastic, including over a dozen news outlets as far away as California and Washington. Watch these news stories from Connecticut and New York:

Mission accomplished, with huge thanks to the volunteer bikers!