There are more events, people, and “awarenesses” to honor than there are months, weeks, or days in the year (even a leap year). Sometimes the juxtapositions are amusing.  November 17 is National Baklava Day, National Take a Hike Day, and World Prematurity Day.  Sometimes, national days and months complement one another in meaningful ways. September is NICU Awareness Month. The first Sunday after Labor Day, this year September 12, is Grandparents Day. 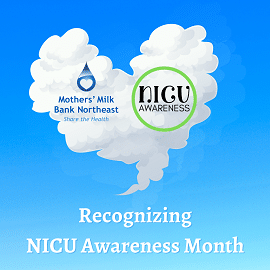 During NICU Awareness Month, families and providers raise awareness of prematurity and NICU care among those who have not experienced it themselves. We honor NICU providers and personnel who care for premature and sick babies: physicians; nurses; lactation consultants; dieticians; physical, occupational, speech, and respiratory therapists; support staff.

On Grandparents Day we honor grandparents and their crucial role in the lives of their children and grandchildren—supporters, spoilers, child care providers, worriers and calmers of worries, passers on of family and cultural values and traditions. Throughout history and across the world, grandparents contribute to the survival, growth, and success of their families.

Members of the NICU care team

Grandparents can provide invaluable support and day-to-day help when a baby is in the NICU. To do so most effectively, they need information about their precious grandchild’s progress and condition and support for the physical and emotional upheaval that NICUs are for families. Today we honor grandparents, often unrecognized, even invisible, members of the NICU care team.

The role and proximity of grandparents varies widely across the world. Expressed in many ways, they care deeply about their children’s children, and they want to help in whatever ways they can. Their experience in child rearing is invaluable, as are their extra hands, voices, shoulders, and gifts. For almost all grandparents, the NICU and a seriously ill baby are not things they experienced with their own children. Parents and grandparents must navigate this new and rocky path simultaneously. Most often grandparents have less access to the baby and to information about the baby’s diagnoses, prognosis, and care. Frightened, confused parents hear from the medical team and grandparents hear from parents. In some ways, in US culture, this is as it should be, but it can be much improved.

The NICU is an intense and long point of interaction when compared with a visit to the doctor for a fever or to a lactation consultant for breastfeeding problems. Still, even in the NICU, the family, including grandparents and close community, is the center of activity and decision making. While grandparents rarely have medical knowledge or expertise, they do have expertise and profound influence in the family, the values, and the care. All of these impact treatment and outcomes for the NICU baby—their grandchild.

Today, we honor grandparents and NICUs with a call for including grandparents on the family-centered NICU team. This will have lifelong impact on the babies and families for whom we all care so deeply.

Naomi Bar-Yam, PhD, ACSW, is available to speak at hospitals, community organizations, and conferences on the role of families on the NICU team and many other topics. Visit her speaker profile on LactSpeak.