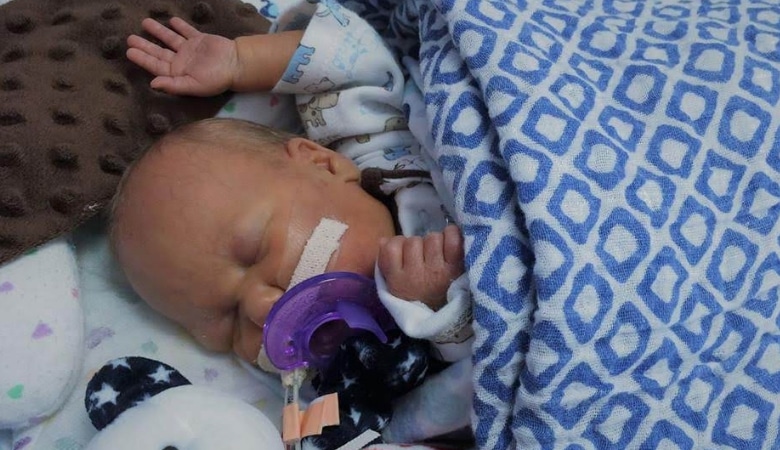 Andrea shares her story of love, loss, and milk donation; read more about Andrea and other three-time milk donors in a previous blog post.

I am so honored to have been asked to share Ryan’s story with all of you. Since losing Ryan I have met the most incredible people. I feel like I live a very enriched life and take every moment and cherish it. I hope our story gives other families strength when they need it, so they do not feel like they are alone. Remember, you are never alone, you just have to find your people.

Lots of strength and hope,

On May 1, 2015, I became a mom. When I think back to this day, the tears pour, bringing me back to the scariest day of my life. It’s hard sharing your child’s birth story when it was never supposed to be this way. It was so different in my head and for every other mom I had ever known at the time. Today I have the strength to share because I keep reminding myself that sharing this isn’t about me; it’s about helping and connecting with someone else.

My husband Shawn and I had been together over six years before we got married. We always said we would be ready to get married when we wanted to start a family. We got pregnant shortly after we married in August 2014.

I was in the best shape of my life, going to the gym four days a week, and life was so easy. I didn’t start to show until I was maybe 19-20 weeks. I was dying to get into maternity clothes. I am a planner, so had started buying swimsuits, my shower dress, and nursing bras. We put together the nursery furniture when I was about 22 weeks since that was the year we had blizzards in April, so we had nothing else to do! My “week mark” was on Thursdays: I would take weekly belly pictures, as most pregnant people do. I was so happy with how I looked and how incredible I was feeling.

When I was 23.3 weeks my back was killing me. I remember being out to dinner and a show with my brother-in-law and sister-in-law, and I was so uncomfortable. I really just thought it was normal pregnancy pains. I have a high tolerance for pain, which is a blessing and a curse. All week my back was hurting. I had an appointment that Tuesday, April 28, with the doctor, and I explained the pain I was having, which was categorized as “normal,” which my husband and I thought it was, too. On Thursday, April 30, I had some very light spotting and just didn’t feel right; I remember being so hot, and I was sweating so much all day. The spotting stopped and I went on with my day—a weight-lifting class at 4:00, then I went home after. Friday morning I had a tiny bit of spotting in the morning, which stopped and started again at 2:00. I called my doctor and remember saying I just wanted to come in before the weekend and be seen to make sure everything was okay. I started crying and panicking as I bolted out of work, telling my co-workers something was wrong.

I remember the doctor checking me out and pushing back in his rolling chair, taking a deep breath, and saying, “You’re dilating. You’re two centimeters.” 24.1 weeks, perfect health, the strongest my body has ever been, 30 years old. What? The doctor told me to go to the hospital immediately for an emergency cerclage and bed rest until the baby came. I felt like someone kicked me in the stomach and I was in a dream.

It Wasn’t Supposed to Be This Way

My husband met me at the hospital. I immediately started thinking how it wasn’t supposed to be this way. I had an ultrasound at 5:30 pm and was told that I would be on bed rest, with the hope that the baby would stay inside until 28 weeks. Selfishly I started breaking down at the thought of not being able to move from a bed, and eating hospital food! They started preparing me to be bedridden for weeks. I asked to use the restroom around 7:00, and to my surprise, my water broke. It was go-time. At 7:30 pm Ryan Shawn was born, weighing 1 lb., 5.9 oz. We heard him cry when he was born, a true miracle. 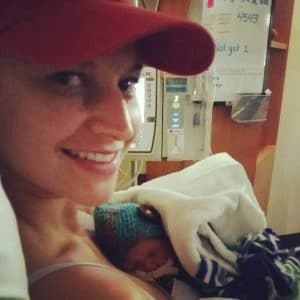 Andrea and Ryan in the NICU

The next 10 weeks in the NICU were life-changing. You can read more about our time there on my blog. Ryan passed away on July 10, 2015, after 10 weeks of fighting. He is the strongest person I have ever met. It is amazing the things that those tiny little humans go through. I miss him every single day. Holidays and anniversaries are the hardest, especially family pictures.

While we were in the NICU with Ryan, he wasn’t able to tolerate my breast milk due to various medical reasons. I pumped hoping that one day he would be able to eat. He was able to a few days, one milliliter at a time. Ryan passed and I was left with a huge chest freezer full of milk. The social worker at the hospital told me about the milk bank. My husband and I decided that we wanted to share Ryan’s milk with other premature babies, hoping to save even one life. After he passed away I continued to pump and slowly wean. This was the hardest part of the process but worth it knowing it was helping other little souls. 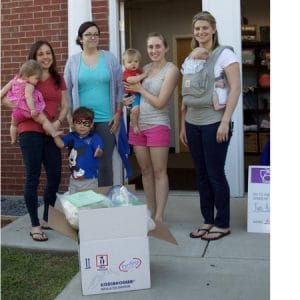 The second time I donated was a true honor. Shawn, Trevor, and I were a part of the opening celebration of Nini Bambini as a drop-off site for Mothers’ Milk Bank Northeast. This was also the day of our second wedding anniversary so it was a memorable experience. It was another honor to be able to donate “Trevor’s Milk” in honor of his brother Ryan. 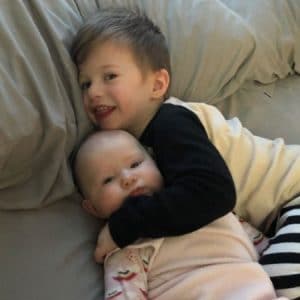 The third time we donated “Callie’s Milk” in honor of Ryan. I was able to go with both my kids and husband to Nini Bambini and drop off the milk. Knowing that I was able to donate milk for a third time and from all of my children really makes me feel complete. It was bittersweet this time since I knew it would be my last. I would like to say that I don’t produce a ton of milk; I was regimented with every three hours, sometimes two, and stuck with it! Lots of tears, in a good way.

Donating as a Family in New Ways

I truly cannot thank the milk bank enough for how generous they have been to my family. Every year, my husband and I, my brother-in-law, mother-in-law, and mom donate financially to the milk bank to honor our sweet Ryan and it never gets overlooked. My family enjoys the thank you cards, the birthday cards for Ryan, and the things you do to honor those that have donated after loss. The way the milk bank honors Ryan for us is something we can never thank you enough for. 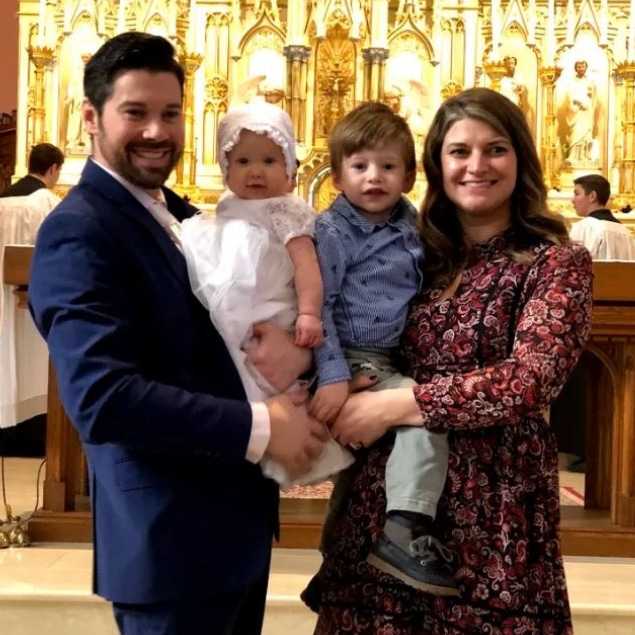